A few days ago I built a new tool I'm calling Sites. It builds on top of git-backed wikis powered by GitHub's Gollum system and lets me build and deploy microsites in the amount of time it takes me to create a CNAME.

Something that I've wanted for a very long time is a way to stand up new websites with little more than a CNAME and a few clicks. I've gone through a few rounds of trying to make that happen but nothing ever stuck. Furthest progressed was a Rails app exclusively hosting Comfortable Mexican Sofa, a simple CMS engine. I never ended up putting any sites on it, though.

GitHub's Pages are of course one of the best answers, but I'm sticking to my self-hosting, built-at-home guns.

The code is split up into four distinct parts:

The neatest part about this setup is that, since sites are just git repos, I can clone the repo to my laptop and work with it in Emacs instead of directly editing in Gollum if I don't want to. This also lets me easily add asset files and layouts.

Here's what the manager app presents when you just go to sites.bugsplat.info: 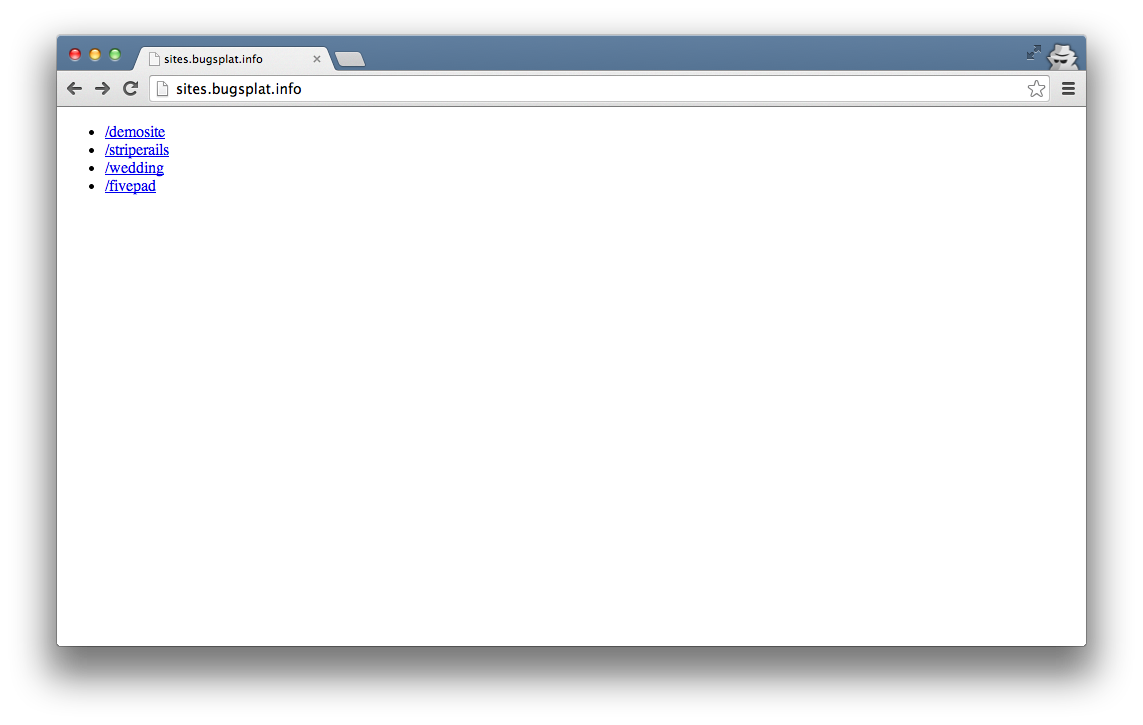 I'm the only one that's ever going to be looking at this, so it doesn't really need to be anything fancy.

If you click on one of those links, you'll get the familiar Gollum interface: 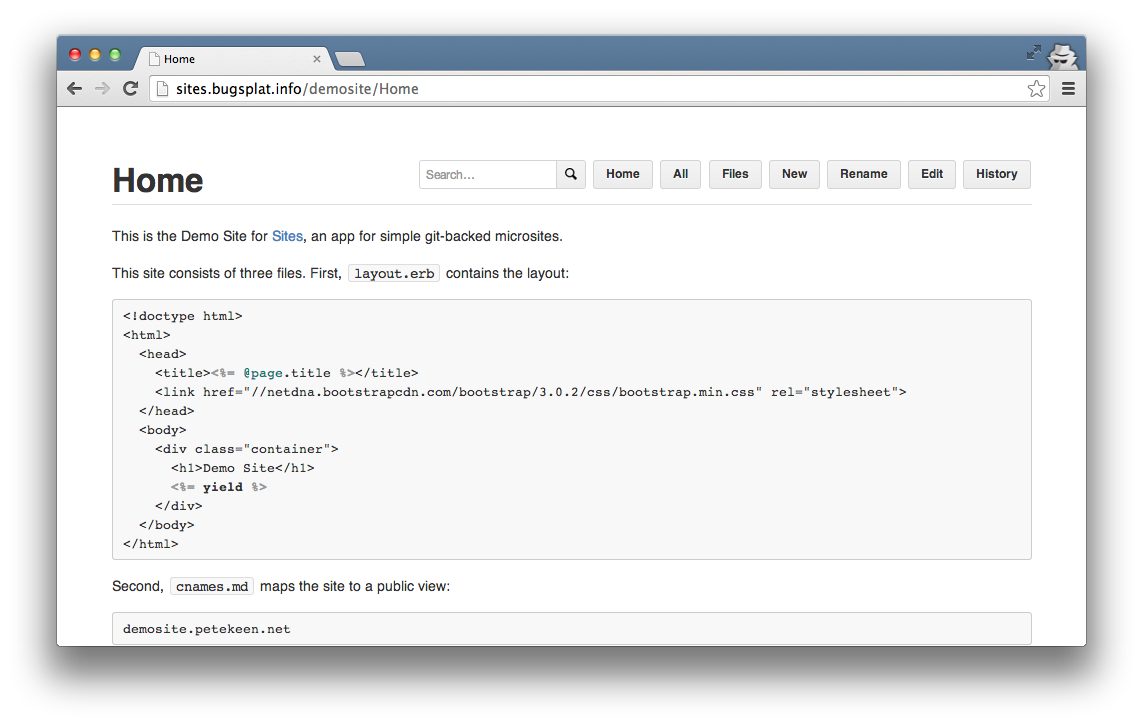 To create a new site, just append its name to sites.bugsplat.info: 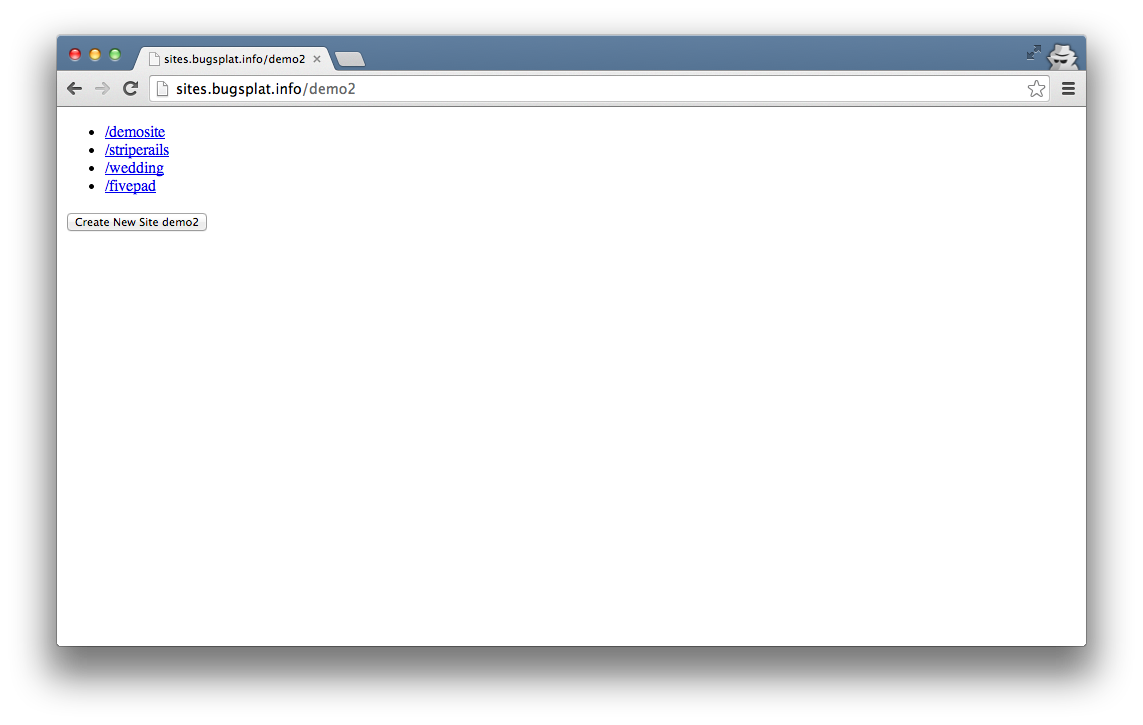 Notice the new little button. Clicking that creates the repo and sends you back to Gollum to populate the home page: 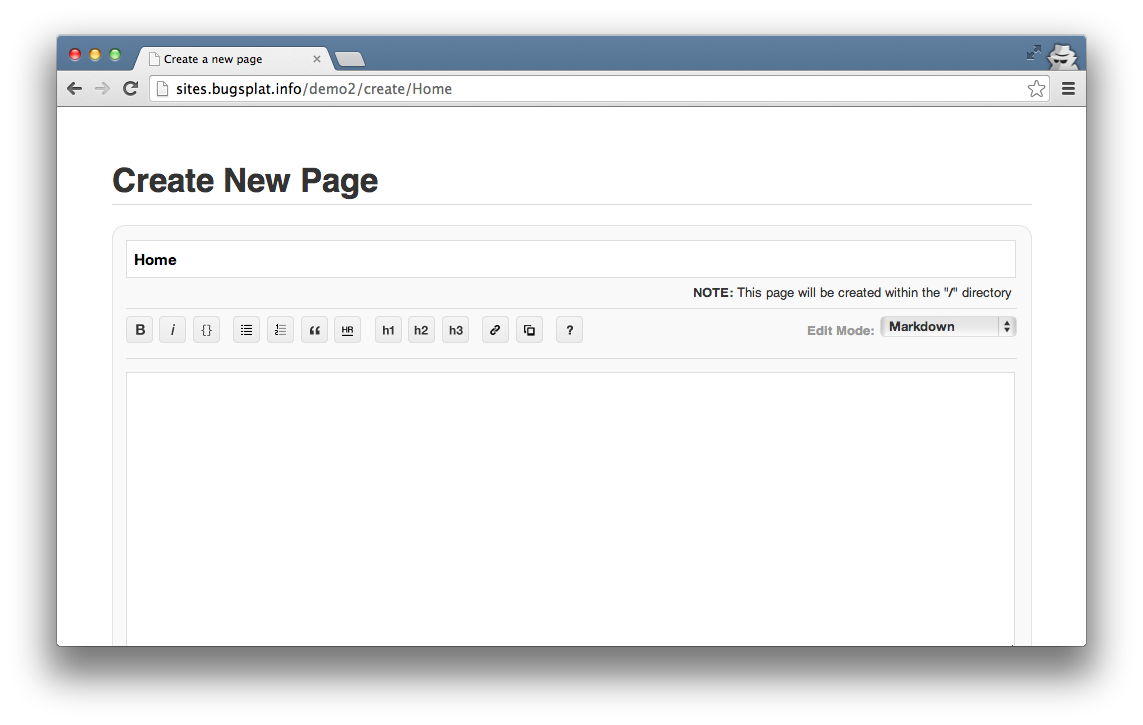 If you want to see how the demo site is put together, it's running here and the source is on GitHub here.

I built Sites to fit my infrastructure which is a delightful bastardization of 12 Factor so I haven't tried installing it elsewhere. I know it won't run properly on Heroku because it needs to be able to put the git repos in a persistent place, but it might work well as a Docker image. If you get it running somewhere please let me know and I'll link it here.